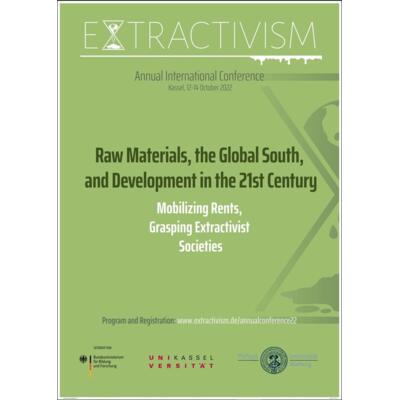 Extractivism shapes many countries’ economic and social realities in the Global South as more than 100 countries have specialized in the extraction and exportation of different raw materials throughout the decades. This development model is rent-led, as the society becomes dependent on the revenues based on exploiting nature rather than on innovation, investment, diversification, and learning. That means that these countries have their social relations locked by structures created by extractivism, mostly specializing only in generating and appropriating rent. This dynamic has devastating consequences for both the population and the environment. Unfortunately, the vast majority of extractivist societies in the Global South have not escaped from a development trap: how to generate economic growth and transformation without becoming utterly dependent on floating rents and endangering the well-being of its population and the possibilities of a sustainable future. This trap is the initial observation and the starting point for this year’s annual conference.

This conference discusses the leverage of rent in extractivist societies. We aim to reconceptualize the theoretical relationship between extractivism and rents and stimulate deeper analyses concerning the particular and nuanced types of rent-led development trajectories. The goal is to identify different configurations in which rents either dynamize social change or contribute to the resilience of extractivism. It concerns established approaches in Social Sciences (e.g., approaches of neo-extractivism; rentier state and rent theories; foreign trade theories; historical and ethnological findings) but, at the same time, contributes to an ongoing interdisciplinary exchange between the broader field of political economy, and neighboring disciplines such as Political Science, Sociology, Anthropology, and Cultural Studies.

Therefore, the following questions are of particular interest: